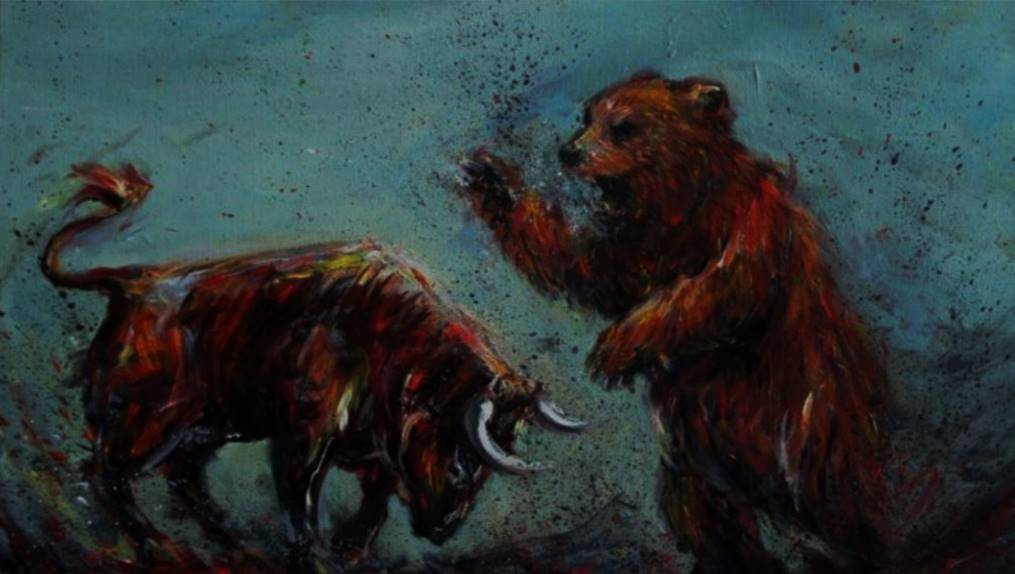 Is the Bear Dead, Or Is This a Dead Cat Bounce?

Stocks, the headline indices, and nearly all the individual names are ripping higher today.  With the SPDR S&P 500 (SPY) and Powershares Nasdaq 100 (QQQ) both up over 2% as of midday, are enjoying their best two-day period in 13-plus months.

A ton of individual names are screaming higher today, especially among those beaten-down tech names that we’ve frequently discussed over the past few weeks. The bad breadth I’ve been bemoaning has turned decidedly positive with nearly 9 winners to 1 loser across the NYSE Composite Index.

Try out the Options360 Concierge Trading Service for the low introductory rate of $19!

Now, the question is whether this is a market correction and we’ve avoided a broader bear turn down, or if this is just a dead cat bounce?  I won’t make any bold predictions, because as I’ve said when volatility rises, one needs to reduce risk, retain a flexible mind frame, and be prepared for fresh opportunities. Thanks to this approach, Options360 had no fires that needed to be put out and plenty of dry powder; so we’ve been busy as beavers in the past few days.

A quick example is a ROKU (ROKU)  bullish position Options360 took yesterday at around $205 per share. The Alert spelled out a simple and straightforward setup: “ROKU is one of the names that has been decimated, down over 50% from its August high. It is finally hitting a level around $200 which could generate a short-term bounce”

The stock bounced as high as $220 today and I’m contemplating whether to take profits now or hold to see if it can continue rallying.  This is basically how I’m looking at many stocks and the overall market today.

One thing I can say is that I’m not adding any new longs today, aside from ROKU.  The Options360 portfolio already has bullish positions in Walmart (WMT), which we added Friday,  Morgan Stanely (MS) and CVS (CVS) all held up well during last week’s decline, and now pushing higher.  These diagonal spreads are now in comfortable management mode where we’ll roll the short leg to generate income and reduce risk, or cost basis.

However, let’s assess the environment to see if we can suss out a thesis that will help us find new opportunities. First, we need to remember that there were major corrections going on for the past few months as the high p/e, growth, and favorite meme names were being taken down some 50%-70% from their summertime highs. Since this was happening underneath the surface, the headline SPY and QQQ making new highs was a quiet crash with no mainstream media headlines, allowing people to become complacent.

CLICK HERE: Try out the service that’s delivered profits to its members EVERY SINGLE YEAR since starting — the Options360 Concierge Trading Service.

Last week, that all changed when the indices went into a sharp 5% correction with multiple 90% down days and VIX that rose some 80% during a three-day period. But it took till Friday before any sense of panic crept into the market. For example, on the initial flush lower when the VIX jumped above the 30% level, the term structure remained in contango, that’s front-month futures remained cheaper than later dates. It took until Friday for term structure to go into backwardation (front month goes premium to long term), suggesting people were scrambling to buy short-term put protection.

In fact, between Thursday and Friday, some $1.9 trillion of notarial put options traded, the second-highest amount on record, with the bulk being done in Index ETFs.  This caused term structure backwardation and also flipped the volatility skew between puts and calls.  For nearly a year, calls became more expensive than calls, which is unusual, as people went on a YOLO out-of-the-money calls buying spree.

Here’s an image of the put/call slew:

However, you can see that backwardation lasted exactly one day.  By early Tuesday, the term structured normalized into contango.

Two other opposing signs were the price action which approached  “get me out at any price” capitulation in the popular names versus persistent funds, inflow into tech funds, to presumably buy the dip.

This image below indicated that the selling pressure in the most popular names hit a two-decade high on Friday. Given that the period encompasses the great financial crisis, it shows just how crowded many of the top stocks had become among both retail and professional traders.  Those hedge funds fund hotels can be pretty cushy until someone yells fire.

On the other hand, we saw over $2.6 billion of new flows into the QQQs, the third-highest total of 2021.  The BTFD buy dies hard.

The upshot is that the market had hit an extremely oversold position with indiscriminate selling, a massive amount of put protection quickly purchased creating the conditions for a reactionary rally.  Whether this turns into a renewed bull market, or just a vicious dead cat bounce, remains to be seen.

As always, Options360 will remain flexible, wait for good setups, and keep risk management as a priority.  As a small hint of where I stand Options360 did initiate a bearish position today which I can share with you tomorrow.

Get in on this Special $19 Options360 Concierge Trading Offer to Ensure You DO NOT MISS any profitable trades!

The post Is the Bear Dead, Or Is This a Dead Cat Bounce? appeared first on Option Sensei.