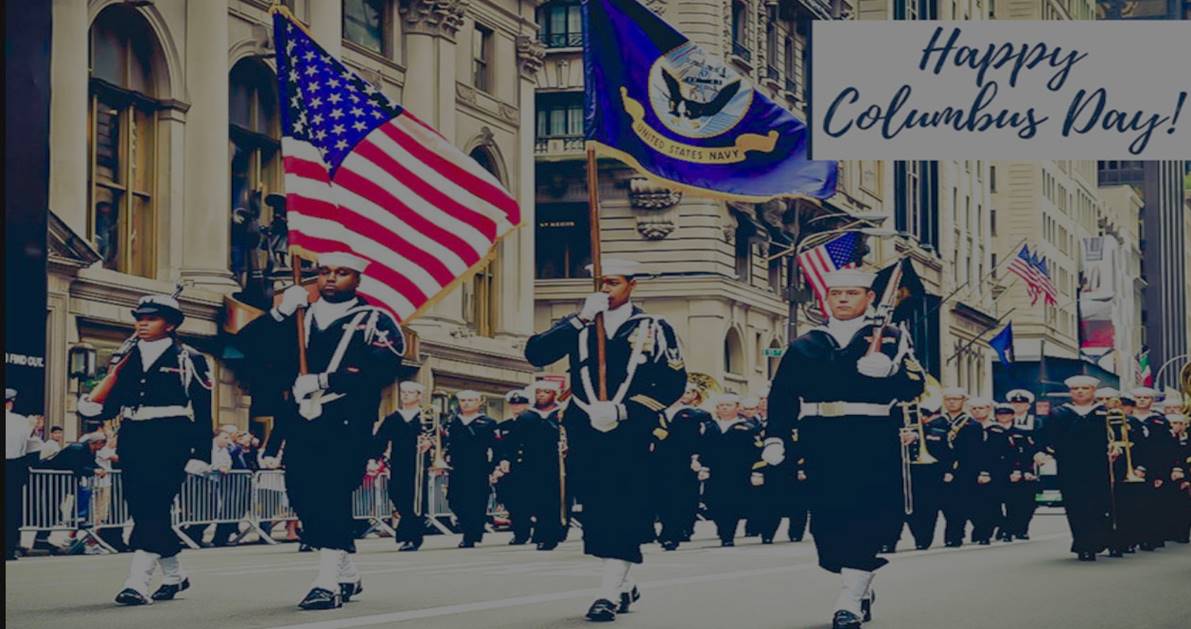 How to Celebrate Columbus Day the Profitable Way

There’s a lot to admire about Columbus.

Sure he was apparently a brutal man – which we don’t want to glorify, but in fairness that was the world back then.

What is admirable is that he set out to prove that there was a better way to India despite virtually everyone saying he would fall off the edge of the Earth.

He ignored conventional wisdom, stuck to his guns, and took action!

In many ways that describes the subscribers to Options360.

Their brokers and financial planners and financial networks and brothers and sisters and friends and family have all told them that options are risky and dangerous and large returns are impossible in the long term.

Still, they blow off conventional wisdom and trust themselves, much like Columbus did.

As a result, over the last few weeks many of my subscribers make daily and weekly steps to financial independence with trades like:

You could have had these trades for just $19 with my Options360 trading service.

The really cool part is that you can often get into these kinds of high ROI trades for less than $500!

And if you want to risk more, the sky’s the limit.

And all you have to do is pay attention to your text or email.  I do all the drudgery, all the research, read all the charts…

Then I send you an alert with my research and recommendations.

Obviously, it’s up to you if you act on the recommendation, but if you do you can make the trade in minutes from your smartphone!

Each and every week I scour hundreds of stocks and option contracts to find the best opportunities for you.

You can get full unrestricted access with this crazy, insane, Columbus Day promotion.

I started working in this business when I was just 12 years old as a runner for my father and his trading buddies.  I literally grew up on the trading floor.

Now, to be fair, that’s a very low price.

You can’t have the amazing team I do and have every call answered on the first ring charging $19.

That’s not a long term plan.

But it is an amazing proof of concept plan that you can take advantage of exclusively through this Columbus Day opportunity.

After the first month of the experience, I still want Options 360 to be the gift that keeps on giving so for everyone that stays on, they will be able to do so for just $89. Notice, I’m not hiding that in the fine print at the bottom. I want that front and center because it’s an amazing price.

Get into this elite service for just $19 and then keep your membership for as long as you like for just $89.

And we will lock in that rate forever…as long as you are an active member your rate will never go up no matter how much more new members have to pay..

And keep in mind, the average trade in my Options 360 service risks just $350.  So this is a great service for beginners.

However, if you decide to risk more, you can make more.

That’s what you get to experience every week and for today only, you can get it at this crazy, insane Columbus Day promotion.

Since we started Options 360 in 2015, we have substantially outperformed the market every year.

For this price, this is the ultimate proof of concept promotion.

Not only do you get the Options 360 trading service, each week I do an in-depth webinar training session that breaks down the trades we put on in the previous week and explains where I see the market going in the near to mid-term

In short, you not only get a month of trades to prove this concept, but you also get a deep dive training session every other week…

All for the insignificant sum of $19 for the first month.

You don’t need to believe how valuable the service is, I will prove it to you in the next 30 days!

Even with all of the chaos in the world and the incredible volatility in the market, the most essential aspect of your trading will be Stock Selection and strategy.

Stock Selection and strategy will be the difference between profiting from your trades and losing money again and again.

Unlike past newsletters or recommendations that you have received, I don’t just tell you to buy a stock and then forget about you with the audacity that I can’t be wrong.

I accept that not every position I recommend will do what I expect and I provide a contingency plan.

I’ll not only recommend what’s going to be great but I’ll provide you with an exit!

On the upside and the downside

This way, you can lower your exposure and still benefit from all the upside that the Options 360 will provide you with.

How confident am I that you will be with us for this run?

Here’s the answer: I am going to be highlighting the ultimate trades that can make you thousands of dollars a week and This Proof of Concept Promotion Gets you in Today for Just $19.

This offer is exclusively for Columbus Day only so take advantage of it now!

This means, in addition, to the most timely trades, you’ll have complete access to our weekly lightning rounds.

There are thousands to be made every week and it’s only $19, access the trial here.

I am opening up 100 ultra VIP spots today and expect our first trade to be early next week. At that point, expect 1 or 2 trades per week (on average as I will not force it if nothing is there and will trade more during major opportunities).

The post How to Celebrate Columbus Day the Profitable Way appeared first on Option Sensei.

(Want free training resources? Check our our training section for videos and tips!)